Springing Ahead to Abundance — The Latibule 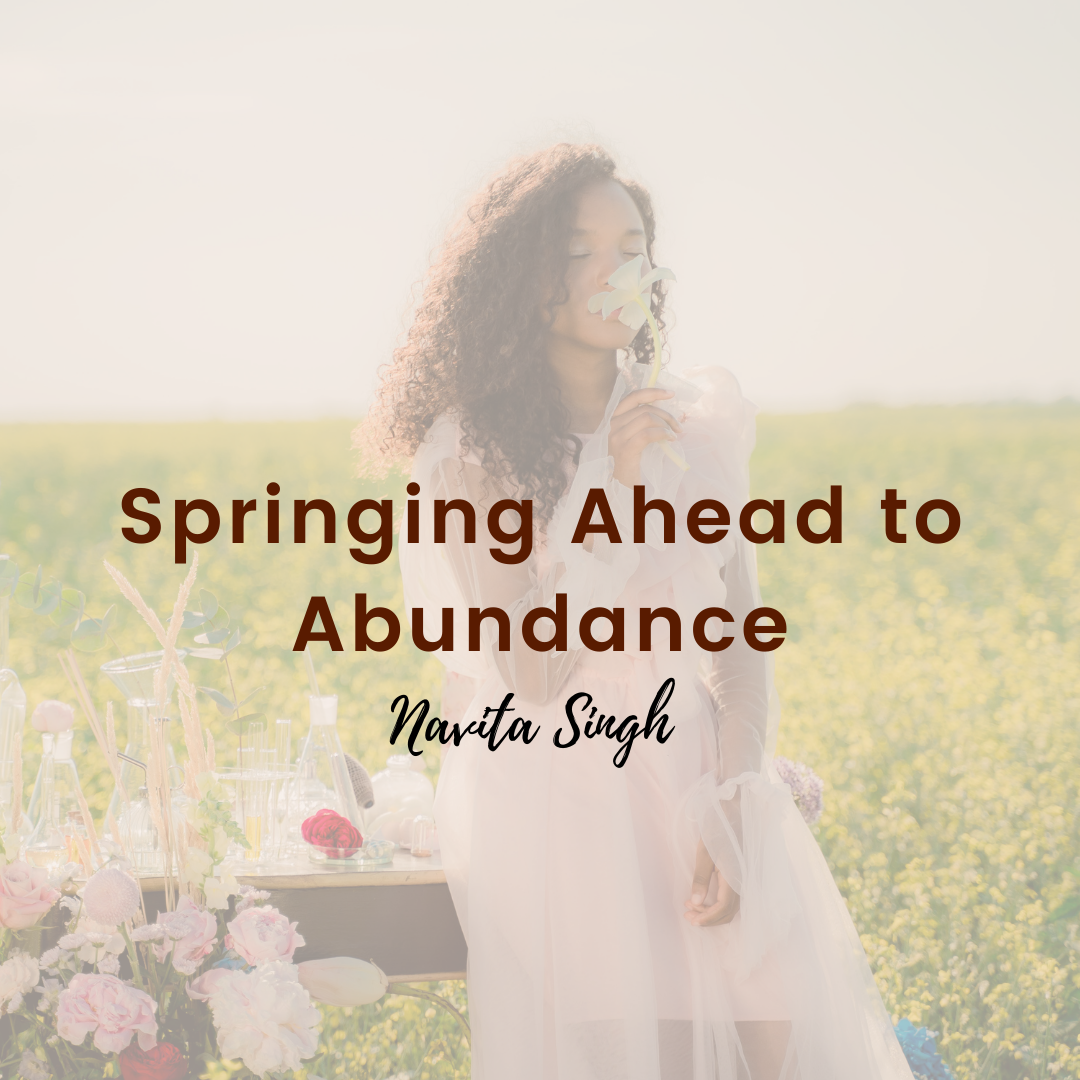 It’s that time of year again when we’re surrounded by messages reminding us that “Spring has sprung!” I’ve been desperate for the change in season, as I found it to be a challenging winter, especially in the COVID-19 era with a prolonged strain on our mental health.

A Shift In Mindset

As we experience the promise of spring, I’m embracing a shift in mindset that I feel mirrors the change in seasons. I’ve been thinking about how the winter can feel like not enough of a lot (i.e. scarcity): e.g. not enough daylight or daytime because of shorter days. Spring feels like the opposite, and what’s better is that it promises so much more on the horizon (i.e. an abundance of possibility): the days get progressively longer, there’s more light and warmth, and many more opportunities to plan fun activities. It reminds me of how the anticipation of the weekend on a Friday night can feel even more exciting than Saturday itself.

This spring, I’m looking forward to embracing an abundance mindset.

It’s been brewing in my mind for a while. think that as a society we’re conditioned to believe that everything is scarce – that there’s not enough to go around.

Truthfully, with the rising cost of living, it’s hard not to feel like there’s not enough.

I think about how the scarcity mindset starts to take root as early as when we’re in school. Where I grew up, from a very early age, I was conditioned to think that I have to get the best grades in my class. I have to be at the very top. That kind of conditioning persisted throughout all of my schooling, even after moving to an entirely different continent. I remember during my undergrad days we would talk about how we heard that the class average can’t be too high because of some absolutely ridiculous reason. After being fully immersed in the “working world”, and feeling very far removed from school, I’ve thought about how silly it is that there’s not enough space at “the top” for as many people as possible to thrive and shine their brightest.

Then, I think about how that same logic is reflected elsewhere in the world. The last thing I would think would require rationing is the right to a healthy environment or a safe place to live. When I look around me or I read the news, I constantly see messages indicating that there’s only space at the top for a select few to bask in the view.

This spring, I’ve decided to break free of the conditioned scarcity mindset, and embrace a mindset of abundance, because there really is enough to go around