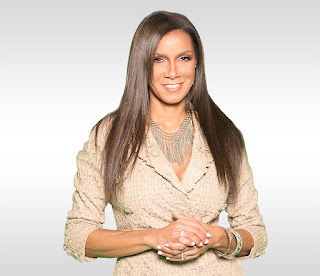 Cathleen Trigg-Jones is an Emmy award-winning journalist, actress, producer and social entrepreneur, and motivational coach. She is the founder of iWoman TV, a multi-media production company & streaming network based in New York City that empowers & uplifts women through the creation & distribution of original content created through the lens of multicultural women.

What were some obstacles that you faced in the beginning process of starting your business or career?
For the first decade of my career, as a television journalist and reporter, I was restricted to the stories that mainstream media decided were okay to be told. Those stories didn’t typically represent who I am as a black professional woman, or the other amazing, powerful women and Black people I saw around me. After leaving my position as an evening news anchor, I launched my own media and entertainment companies to break away from the restrictive world of mainstream media and focus on the stories that matter most to me, which are the varied stories and experiences of women and underrepresented communities around the world that are so rich in history but often get overlooked by traditional media.

What inspired you to break into your industry?

From the age of seven, I knew I wanted to be on television. When I got to college I was determined to be an actress and news anchor. I went to the local television station and asked to simply take the trash out in order to gain experience in a newsroom and in television production. Instead, they offered me an internship which turned into my very first on-air job as a television reporter. Years later, I still have that same drive and determination to thrive and succeed in the tech space by combining Technology with everything I love about the television and film industry, which are all statistically male-dominated fields. I am never afraid to ask questions and learn something new, and I love surrounding myself with people who know more than me so I can learn and grow from them.

How do you balance your personal and professional life, or have you been able to find a balance?
Finding a balance between personal and professional life is probably one of the hardest things to do as an entrepreneur. It takes making a concerted effort to set priorities, establish boundaries, and shut down a few hours each day. I was a young mother; I raised four children throughout my professional career while working full time, starting two businesses and a not-for-profit, and supporting my husband who is also an entrepreneur. While I can’t say it is easy, I do feel that I have lived the best of both worlds. I learned early on that the only way to balance everything as a mother, wife, and professional is to make each priority a priority, meaning everything I care about has its own schedule that everyone at work and home can see, so everyone is on the same page. I don’t hide my work obligations from my family and vice versa. I include my personal self-care in the schedule as well. This way everyone is on the same page and I am able to fit more into my days without dropping as many balls.

What is an inspirational quote that you live by?

“If they don’t give you a seat at the table, bring a folding chair.” – Shirley Chisholm

Who were some influential people or mentors that helped or encouraged you along the way?
I have had many mentors and angels who have encouraged and supported me throughout my life journey. However, the two people who have had the most profound impact on my life, personal and professional, are my parents. They adopted me from an orphanage when I was 18 months old and raised me as their own, instilling in me the strongest morals, values, and work ethic. These traits have helped me throughout my life and career.

What are your “must-haves” to keep your career or business going strong?
A team of trusted advisors and a pair of blinders and earplugs. I allow myself to dream big. I stop at nothing to make my dreams a reality. Early on, I began using a metaphorical pair of blinders and earplugs. The blinders keep me laser-focused on my goals at hand, and the earplugs block out the noise from all of the “well-intentioned” people who are determined to cast their insecurities and fears over my dreams. I always tell people you have to be very careful because sometimes those closest to you can be the biggest dream crushers, sometimes intentionally, sometimes not intentionally. People like to give you a million reasons why your dreams will never come to fruition, but I always remind myself that my dream is just that, my dream! Not everyone is going to understand my path because it’s only mine, and it’s not for everyone to understand.

What is your definition of a BOSS?

For a long time business has been considered a man’s game, and women often had to not only take a back seat but remain silent. Any person, woman or man, who uses their power and voice to stand up for those who are underrepresented or mistreated in order to change their trajectory is, in my book, the ultimate BOSS.