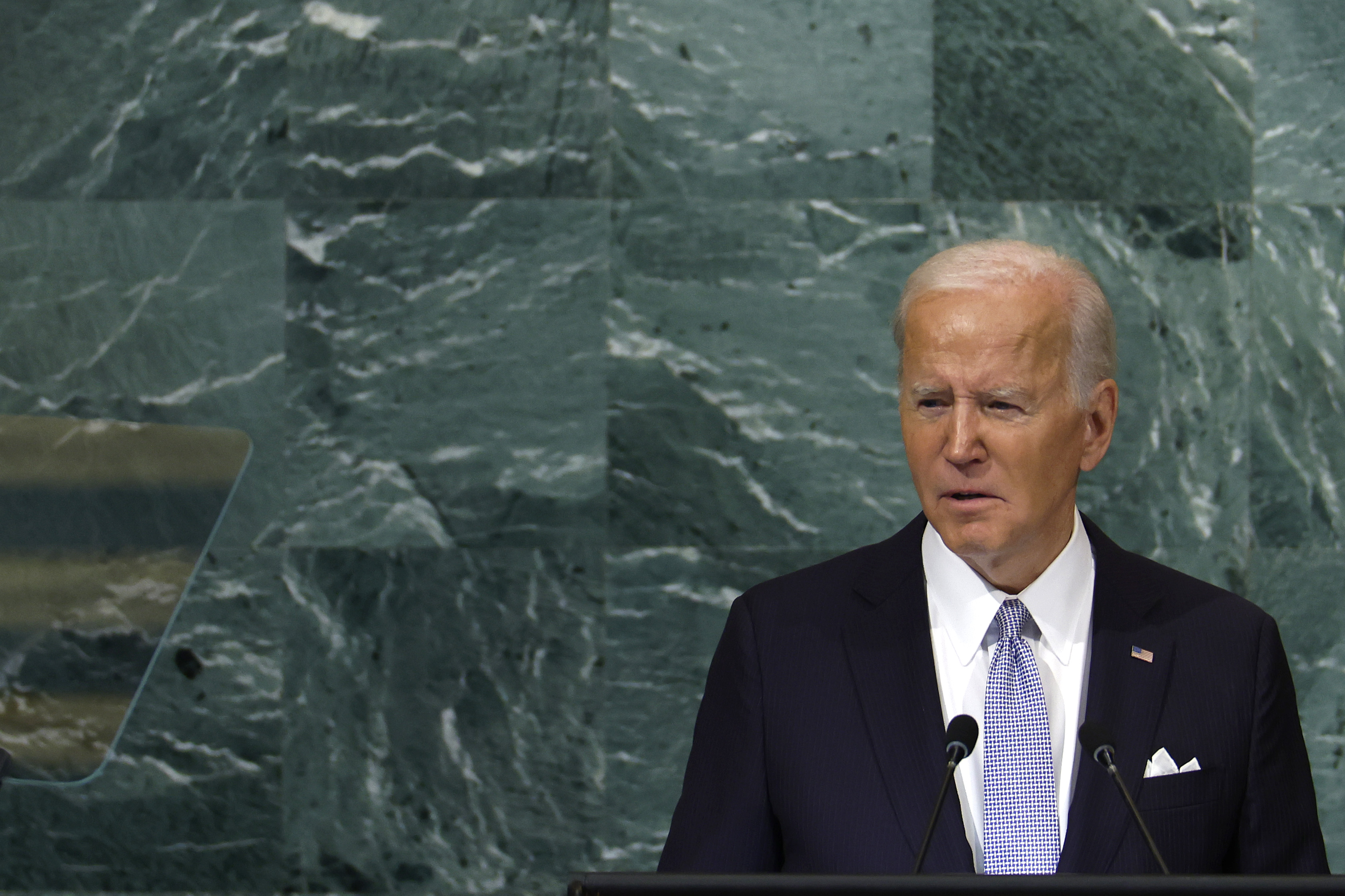 President Joe Biden condemned Russian President Vladimir Putin’s invasion as a violation of the principles underpinning the United Nations and called on the world to maintain support for Ukraine.

“If nations can pursue their imperial ambitions without consequences, then we put at risk everything this very institution stands for — everything,” he added.

Biden spoke hours after Putin called up 300,000 reservists in what he labeled a “partial mobilization” effort, and, in a nationally televised address, portrayed his war against Ukraine as a fight to the death with the US and its allies. The president adjusted his remarks following Putin’s latest escalation, according to people familiar with the matter.

“Just today, President Putin has made overt nuclear threats against Europe and a reckless disregard for the responsibilities of a non-proliferation regime,” Biden said.

The development coincides with a pivotal moment in the conflict. Kyiv has gained the military advantage against Moscow with a lightning offensive as Europe grapples with an unprecedented energy crisis that could test US allies’ willingness to maintain the pressure campaign on Putin.

Biden expressed concern about an elevated nuclear risk he said Russia, China and Iran pose to the world.

“Let me also urge every nation to recommit to strengthening the nuclear nonproliferation regime through diplomacy,” he said, adding, “A nuclear war cannot be won and must never be fought.”

Biden condemned Russia for making “irresponsible” threats to use nuclear weapons, said China was amassing nuclear weapons without proper transparency and reiterated US resolve to prevent Iran from acquiring a nuclear weapon.

The president sought to show how the US is leading by example in Ukraine. His administration approved $600 million in additional weaponry from US stockpiles as it seeks to add momentum to Ukrainian forces’ recent counteroffensive against Russian troops in the northeast Kharkiv region.

Putin, in response, has threatened more dire consequences for Ukraine, including pursuing plans to annex occupied Ukrainian territory and raising the specter of nuclear strikes to defend it. “This is not a bluff,” Putin said Wednesday in his speech.

Russian forces also have stepped up attacks on civilian infrastructure. Earlier this week, Ukraine said Russian forces targeted an artillery strike at a nuclear plant north of the city of Mykolayiv, raising concerns about the potential for an atomic disaster. The strikes add to worries triggered by fighting around the occupied Zaporizhzhia power plant.

Zelenskiy has also made fresh war-crimes accusations against Russia, saying authorities discovered mass graves in territory liberated from Russian occupation, and called for the Kremlin to be held accountable.

Putin is not scheduled to attend the General Assembly, but Zelenskiy is slated to address the gathering later Wednesday via video. Russian officials remained in the room while Biden spoke.

Rising energy prices exacerbated by Russia’s gas-supply cuts to Europe have raised questions about how committed allied governments will remain to the pressure campaign heading into what could be a tough winter.

Germany, which has been hard hit by the cuts, is working to secure liquefied natural gas from the United Arab Emirates as part of a push to offset Russia’s attempts to slash supplies.

The US is working with an international task force to boost oil and natural gas provisions and has contributed 32 billion cubic meters of liquefied natural gas to Europe, National Security Council spokesman John Kirby said this month, roughly double its initial pledge in March.

The US also is pushing Group of Seven nations to impose a cap on the price of Russian oil in a bid to starve the Kremlin of a key revenue source for its war machine. But settling on how to enforce a limit — and at what price to set the cap — has proved difficult. Putin has warned he may freeze oil and gas exports in response to a cap.

Biden also announced $2.9 billion in US government assistance to address food insecurity and called on nations to prioritize the issue. Rising prices caused by the war have harmed some of the world’s poorest countries.

The US president accused Russia of “pumping out lies trying to pin the blame” for food shortages on allied sanctions.

“It’s Russia’s war that is worsening food insecurity and only Russia can end it,” he said.

The UN brokered an agreement with Turkey’s help to allow more Ukrainian grain to reach the world market in an effort to lower prices. The safe-transit deal allows grain shipments to flow out of three of Ukraine’s Black Sea ports blockaded by Russian forces.

Millions of tons of Ukrainian agricultural exports have been shipped out since the agreement was reached, including to Africa, according to Ukraine’s infrastructure ministry.

Putin has threatened to curtail the agreement, alleging that not enough food shipments have reached the world’s poor.

“We’re calling on all countries to refrain from banning food exports or hoarding grain while so many people are suffering,” Biden said.