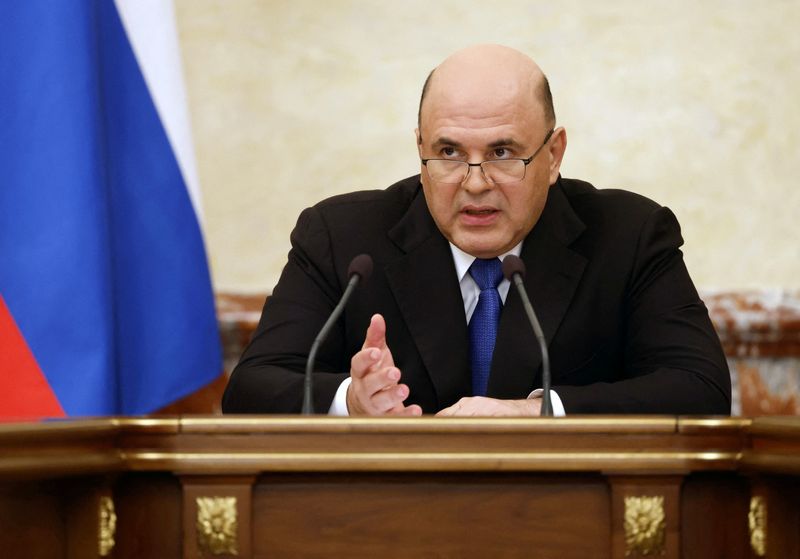 MOSCOW (Reuters) – Prime Minister Mikhail Mishustin said on Tuesday Russia’s budget deficit would come in at 2% of gross domestic product in 2023 before narrowing to 0.7% in 2025.

In televised remarks, Mishustin said the budget gap would be covered mainly by borrowing. Last week, the Finance Ministry returned to local debt markets for the first time since Russia sent tens of thousands of troops into Ukraine, triggering unprecedented Western sanctions that have locked Moscow out of international debt markets.

Mishustin’s prediction that Russia would run a budget deficit for at least the next three years came just two weeks after President Vladimir Putin said Russia would post a surplus in 2022, contrary to most expectations.