Truth Check-In: Is Your DEI Performative or Genuine? 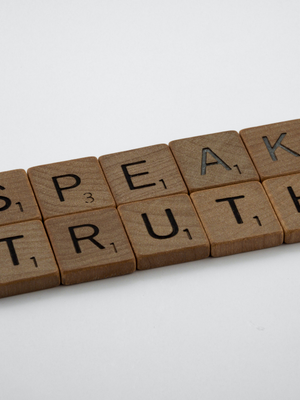 Too many leaders and organizations aren’t making it over the basic hurdles of credibility when it comes to employee well-being policies and DEI policies: that people believe what you say is truthful and that you’re committed to act in the ways you say.

Indeed, the Women in The Workplace 2021 report found that while 70% of companies say DEI is critical, only 25% of them are formally recognizing the work. Only 2/3 are holding senior leaders accountable, less than 1/3 hold managers accountable and even when it’s claimed leaders are held accountable, diversity goals make it into performance reviews less than half of the time.

Other research has shown that leaders are nearly twice as likely as their employees to perceive they are creating empowering and inclusive environments. And a Korn Ferry study of 24,000 leadership assessments revealed that only 5% of leaders globally would qualify as inclusive leaders. And while U.S. organizations pledged to spend up to $60 billion on racial equity initiatives, one year later only $250 million had been committed to specific initiatives.

In short: DEI words are not aligning to perceptions and in many cases, actions.

Are Organizations Being Performative or Genuine?

In a study of 7,000 people across 14 countries, Catalyst found that employees are more likely to perceive the Covid-19 and racial equity polices of their organizations in the last couple years to be merely performative.

Here’s some ways organizations come across as non-genuine: talk without action, virtue signaling in social media or staff e-mails without visible follow-through, announcing plans such as training that don’t get implemented, over-claiming advances from minor policy updates, pledging funds that don’t get invested, putting new DEI positions in place without empowering these individuals with decision-making and resource, making big one-off claims while ignoring daily incidents of bias and exclusion, allowing remote work without being flexible for caretaking needs, and talking about burnout without doing anything to counter unmanageable workloads or 24/7 “on” culture.

Meanwhile, in Harvard Business Review, Oriane Georgac and Aneeta Rattan reveal that how the majority (80%) of Fortune 500 companies explain their interest in diversity – through the business case of benefitting the bottom line – actually puts off candidates, and creates a 6% drop in feeling the commitment to diversity is genuine.

The researchers found about 80% of companies use the business case, 5% use the fariness/moral case, and 15% do not explain why they value diversity or do not list it as a value.

The business case is most off-putting to job candidates. Underrepresented participants exposed to a job posting that provided a business case explanation for valuing diversity anticipated to experience less sense of belonging (11% vs fairness explanation; 27% vs neutral message), were more concerned about being stereotyped (16% vs fairness; 27% vs neutral) and were more concerned they would be seen as interchangeable with members of their identity group (10% vs fairness; 21% vs neutral).

The researchers argue the business case backfires because it subtly positions ‘diverse’ employees as a means to an end, rather than valued in themselves as individuals. In that equation, the “benefits” that diversity provides – different skills, perspectives, experiences, working styles – could make candidates feel they will be depersonalized and stereotyped, as opposed to seen for who they are.

The researchers found the fairness case (which sees diversity as its own end) made people feel more positive about organizations than the business case, halving the negative impact. But the best approach was to express diversity was a value without explaining the why: “If you don’t need an explanation for the presence of well-represented groups in the workplace beyond their expertise, then you don’t need a justification for the presence of underrepresented groups either.”

The researchers argue that when something is truly a core value (such as innovation or integrity), you don’t try to convince others why. Why an organization should value integrity, for example, is not up for discussion. So why does diversity require a justification, or convincing?

Going back to the Catalyst work, truly genuine policies “are aligned with the stated values of the organization, motivated by care and concern for employees, and thoughtfully implemented.”

Organizations show they are genuine by: taking a stand both externally and internally, admitting bias and being transparent (including data) about the organization’s current diversity and inclusion, providing safe spaces for employees to report feeling psychologically unsafe, taking actual steps to remove bias, empowering employees to create resource groups, taking visible steps to diversify senior leadership, being consistent in communication and actions around DEI, treating everyone with respect, celebrating cultural heritage and bringing DEI experts on board.

The employees who actually do perceive their organization’s policies as genuine (whether Covid-related or racial equity) experience many benefits: more inclusion, engagement, feelings of respect and value for their life circumstances, ability to balance life-work demands, and intention to stay with their jobs.

Further, perceiving empathy in senior leaders is a key determinant to whether policies are perceived positively and sincerely. An empathetic leader “demonstrates care, concern and understanding for employees’ life circumstances.”

When a leader authentically “gets it” from an intrinsic standpoint, they are more likely to commit: previous research by Harvard Business Review Analytics found that among companies who are “DEI Laggard,” 50% of people feel a lack of leadership commitment hinders their DEI efforts. Whereas “DEI Leader” organizations are more than twice as likely as Laggards (77% vs. 34%) to have visible executive support.

Catalyst found employees who perceive both empathetic leaders and genuine Covid policies have less burnout than others (about 30% less). Among employees of color, the combination of genuine policies and empathetic leaders increases inclusion – and there is a general halo effect on women feeling more respected, valued and engaged, too.

The Call To Interconnected Leadership

Research has shown that “the ability of a leader to be empathetic and compassionate has the greatest impact on organizational profitability and productivity.” The research from HBR Analytics indicates that DEI Leaders have two clear things in common: “a commitment from leadership and a commitment to data.” Indeed, the most important factors in creating a culture of inclusion are leadership commitment and demonstrating a visible awareness of the bias within oneself and the organization.

Empathy is a distinct component of emotional intelligence, which becomes increasingly important with seniority in leadership: at executive level, emotional intelligence accounts for 80% to 90% of the abilities that distinguish high performers. An empathetic leader can also own fallibility and personal and organizational susceptibility to systemic realities like institutional racism and sexism, and rise to that challenge.

The question is does leadership really “get it?” Do leaders see the reshaping of power structures to harness diversity and the inclusion of all employees as win-wins for themselves, others and the organization? Could we have more that do?

Intrinsic motivation does not come from the societal or legal pressure to do something, the business case or even the fairness argument: it’s beyond all that. When more organizations start demonstrating they truly “get it,” we will not be wondering if it’s genuine.